Yiddish is not the first language Yankl-Peretz spoke, but he considers that a mere fluke of history that he has dedicated himself to correcting. He’s attended the Yidish-Vokh almost every year since his first one in 2004, and has been on the board of Yugntruf nearly as long. He works full-time developing the YiddishPOP website, and also teaches Yiddish classes and privately. He lives in Jerusalem with his wife (Mira-Rivka, see below) and two children, with whom he speaks Yiddish. 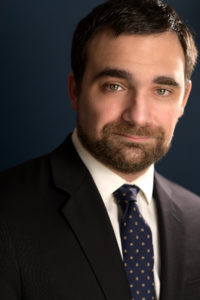 has been active in the Yiddish world for 15 years as a language activist, writer, cultural worker and publisher. He joined Yugntruf’s board in 2008 and has served as the organization’s chairman since 2012. In that role he helped to grow the Yiddish Week scholarship program, enabling more than 60 young people and families with kids from the US, Canada, Latin America, Eastern-Europe and Israel to attend Yugntruf’s unique “yidish-vokh.’’ He is also the founder and publisher of Yugntruf’s Yiddish children’s publishing project Kinder-Loshn Publications. A graduate of Rutgers University who majored in Spanish and Jewish Studies, Kutzik wrote his undergraduate thesis on the development of Yiddish children’s literature in postwar American Hasidic communities. He was a fellow for two years at the Yiddish Book Center where he helped to launch the organization’s audio archives and worked for eight years at the Yiddish Forward. During that time he worked as a reporter, social media director and later the newspaper’s deputy editor, writing more than 1,000 articles and winning several journalism prizes for op-eds, cultural reporting, profiles and breaking news reporting. He is currently a JD candidate at the Benjamin N. Cardozo School of Law.

has been speaking Yiddish her whole life – her first word (besides calling for a parent) was “ti-a,” a childish pronunciation of “tir,” or door, indicating that she wanted someone to open the door! She grew up with Yugntruf – her parents met at Yidish-vokh, she attended the Yiddish Sunday-school Pripetshik until age 15, and she has attended Yidish-vokh every year since she was born (33 and counting!). She is now a civil engineer and lives in the Washington, D.C. region with her husband and two Yiddish-speaking children. She would love to hear from any Yiddish-speakers who live in or are visiting the DC area! 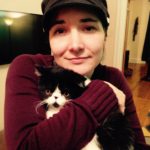 Unlike most Yiddishists, Ladino served as Rivke’s gateway to Yiddishkeyt. While studying abroad in Spain in 2005, Rivke became enamored by Sephardic history and culture. Yet even after converting a few years later, she sensed that something was still missing from her parve American-Jewish life. Thus in 2015 while wrapping up a doctorate in anthropology, she decided to enroll in Yiddish Farm’s summer program. Although intensive language programs were nothing new to Rivke, who had studied Uzbek in Tajikistan and Russian in Vermont, learning Yiddish changed her life. She now lives in Jerusalem and speaks primarily Yiddish at home with her husband, the linguist and krasavitz, Yankl-Peretz. With her two children she speaks in a Yiddish-infused Spanish so that she has an appropriate response for anyone who asks her, far vos nisht Ladino?

has been Yugntruf’s Coordinator/ Development Director for seven years, with twenty-one years’ experience in managing and fundraising for non-profit health, education, environmental, and arts and culture organizations.  She earned a Certificate in Fundraising Management from New York University, and graduated Phi Beta Kappa from the University of Maryland with a BA in Political Science (Minor in Journalism) and an MA in Film History and Criticism.  A professional actor for fifteen years, Judith has also sung for eighteen years with the Jewish People’s Philharmonic Chorus, which performs works entirely in Yiddish.   For the past nine years, she has taught Yiddish and Jewish culture and ethics to children at Workmen’s Circle’s Midtown Shule (NYC), and now also teaches Yiddish at their I.L. Peretz Shule (East Meadow, NY).  Judith (Yudis) has been a Yugntruf member for more than fifteen years, and has run their Yidish-vokh Kinder Program for the past five.  She thinks of Yugntruf and its members as her second family..